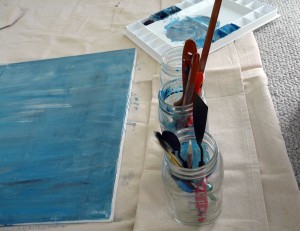 Believe it or not, Summer’s time has passed and Fall is in the air. The change of seasons signals many things, of course, and one of them in Chicago is the much-anticipated celebration of the arts.

Exhibitions, galleries, and open studio events abound – too many to mention in this small space. I’ll just highlight a few that might be worth your while. First up was Expo Art Week, an annual mid-September event designed to showcase some of the city’s top art and culture events and venues.

The end of Expo Art Week ushers in a whole host of opening receptions, gallery exhibits and salons. Chicago Gallery News has a most comprehensive list, never leaving you at a loss for what to do art-wise around the city. Not to be missed? Major Tom lands at The Museum of Contemporary Art from September 25, 2014 through January 4, 2015. Chicago is the exhibition’s only stop in the U.S.

The MCA chronicles singer, auteur, musician, actor and style icon David Bowie’s various incarnations, from Ziggy Stardust to the Thin White Duke and beyond. Yes, you can expect to see Bowie’s trend-breaking (and gender-bending) costumes, photographs, hand-written notes and lyrics. But MCA curator Michael Darling is quoted as saying, “… the show is also able to zoom-out to address the mores of the day and show how so much of what Bowie was doing was shocking; it went against the grain.”

Want something a bit more uptown and down to earth? Be sure to make the scene during the Ravenswood ArtWalk, October 4th and 5th, with the opening reception Friday, October 3rd. As long as you’re in the neighborhood, show some love to the artist members of Lill Street Gallery. The 10th annual student show takes place from September 29th through October 5th.

Last spot on the round-up (but first on my list of to-dos October 3rd) is the Fall Open Studios reception at the Cornelia Arts Building. You’ll find the work of more than 40 resident and guest artists and artisans, live music, and complimentary refreshments. Why is it the first on my to-do list for that day? Because that’s where you’ll find yours truly and at least a half dozen of my paintings. I am one of the guest artists for the evening. Woot! 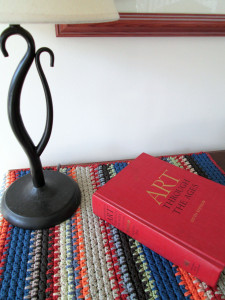 I’ve been asking myself whether painting and design is still just a hobby; nothing more than a random occurrence of inspiration. Or do art and design represent a future I have never considered before?

Prior to being on long-term leave, I had several careers, almost all in corporate environments. Honestly, I’ve felt a bit at sea without that structure and the purposefulness offered by a regular job. I’ve been thinking lately that, although I no longer go to an office, there’s no reason I can’t incorporate some of the time management teachings that proved successful in former settings. So does that mean art is work? I suppose that depends on how one defines “work” and whether the outcome of that effort has value to you or the community of which you are a part.

Whether I concentrate on product or process as a measure of success, this is where I’ve chosen to put my creative energy. Why not take a page from musicians and writers. How do they improve and stay fresh? How do they learn new techniques and keep on top of their game? I think they do it by incorporating a bit of discipline. For me, that means painting or drawing every day, getting more adept at using the tools and various mediums. Experimenting and be willing to waste a few canvases. Even if it’s just an hour or two per day, the effort will pay dividends ─ whether or not it is immediately apparent.

Will every work be a masterpiece? Of course not. I’ll count myself lucky if I strike gold. That’s not what I’m looking for. What I want is to find a sense of purpose and plumb the depths of my capabilities; to get better at deconstructing my vision and reconstructing on the canvas or on the page. If this is what I truly want, then I must be willing to give myself over to it fully if I want to succeed. If this is what I truly want then, yes, art is work. My kind of work!